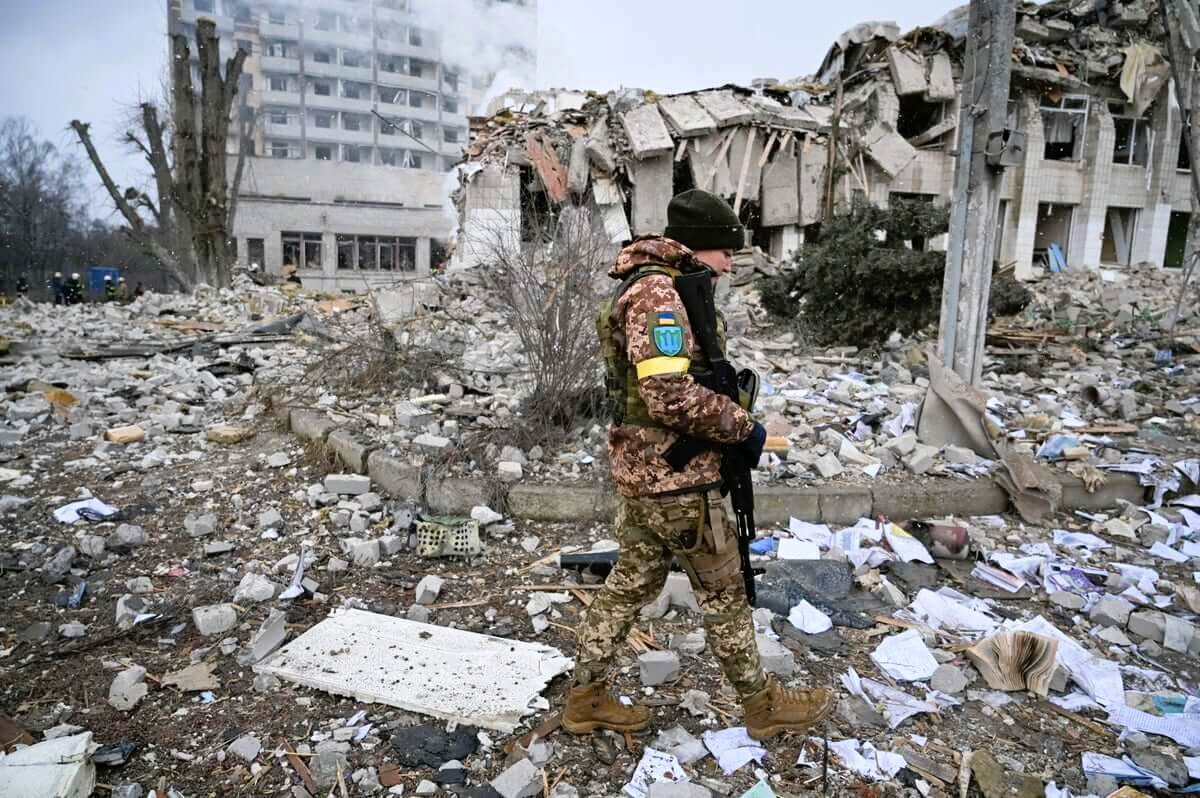 Ukraine $97 Billion Damage 2022 – According to the report shows by the Ukrainian government, World Bank and European Commission on this Friday that after Russia’s invasion of Ukraine suffered $97 Billion Damage approximately through June 1, 2022.

Dr. Arup Banerji, who is World Bank regional country director for Eastern Europe, said the findings were based on a “very strong” internationally accepted methodology, and should underpin a Group of Seven recovery conference planned in Berlin on Oct. 25. Arup Banerji said to rebuild their economy, they would need more money estimated to have caused around $750 billion in US dollar.

Amidst a raging war between Ukraine and Russia the United states has announced a 2.8 billion u.s military dollar aid for kf now the United States latest package includes about 675 million us dollars of arms and ammunition supplies 2.2 billion dollars for long-term investments under foreign military financing and this is to bolster the security of Ukraine and 17 other nations that are at risk of future Russian aggression. Ukraine $97 Billion Damage from Russia’s invasion.

U.S secretary of state Anthony blinken made a surprise visit to kiev on this thursday during his trip to kiev amid seven month long war the American secretary of state met with the ukrainian president vladimir zelensky in his presidential compound and has vowed to keep up the assistance until the aggression ceases and Ukraine is fully sovereign.

Anthony blinken says to Ukrainian president Vladimir Zelensky in an interview, Mr. president i am pleased to be able to announce as we did earlier today additional support for ukraine another 675 million dollars in systems and supplies that your military is already using to such great effect rockets artillery, armored vehicles, anti-tank systems and more (Ukraine $97 Billion Damage).

Antony Blinken says, President Biden thought it would be particularly meaningful to come at this time as Ukraine is starting this counter-offensive uh in the south also in the east early days but we’re seeing real effectiveness on the ground and we’re proud of the fact that our support the support of so many other countries is helping to enable what Ukrainians are doing and working to liberate territory seized by russia in this aggression at the end of the day what matters most and the thing that fundamentally makes a difference is that this is Ukraine’s homeland not Russia and that will i think be just positive of everything now.

Russian invasion of Ukraine caused over $97 billion dollar in damages – The Ukrainian president Vladimir Zelensky presented a state award blinking and expressed gratitude for the us’s enormous support as thursday’s contributions have now taken a total of the u.s aid to about 15.2 billion dollars under bargains regime meanwhile blinken started his kf trip by visiting toddlers who were injured in the war of the hospital.

Democrat leader also visited ukraine’s northern city of erpin in the capitals outskirts where he was told about the alleged indiscriminate attacks during russia’s 25-day long occupation at the beginning of the war he was also told that there were about 30,000 open cases related to war crimes and blinking his hail ukraine’s counter charge against russia after the war-torn nation of ukraine has claimed that a military breakthrough has indeed been achieved in its counter-offensive in certain parts of the country.

Now ukraine claims that it has recaptured certain parts of the territory in the east and in the south liberating dozens of settlements the battle countries also claimed to have advanced up to 50 kilometers behind russian lines and has recaptured about 20 villages near the kharkiv region.

Ukrainian president Vladimir Zelensky said during an interview, During the course of defensive operations which are still underway our heroes have liberated dozens of settlements and today this tendency continues and there are new results in total since September 1st more than 10,000 square kilometers of our territory were liberated thanks to all who ensured it thanks to the army intelligence officers special forces officers for every Ukrainian flag which was raised these days.

According to the reports of the Ukraine, Russia has also trumpeted battlefield successes saying that it has hit at least about five command posts and has downed 13 drones on Thursday addressing a forum in Moscow, Russian prime minister Mikhail mishastin said that the country had withstood western sanctions on the war way better than expected as the GDP had fallen just one percent year on year in the first six months of the year 2022 Michigan also said that the west in fact failed to undermine russia’s financial stability.

Hope you like this article about Ukraine $97 Billion Damage from Russia’s invasion.